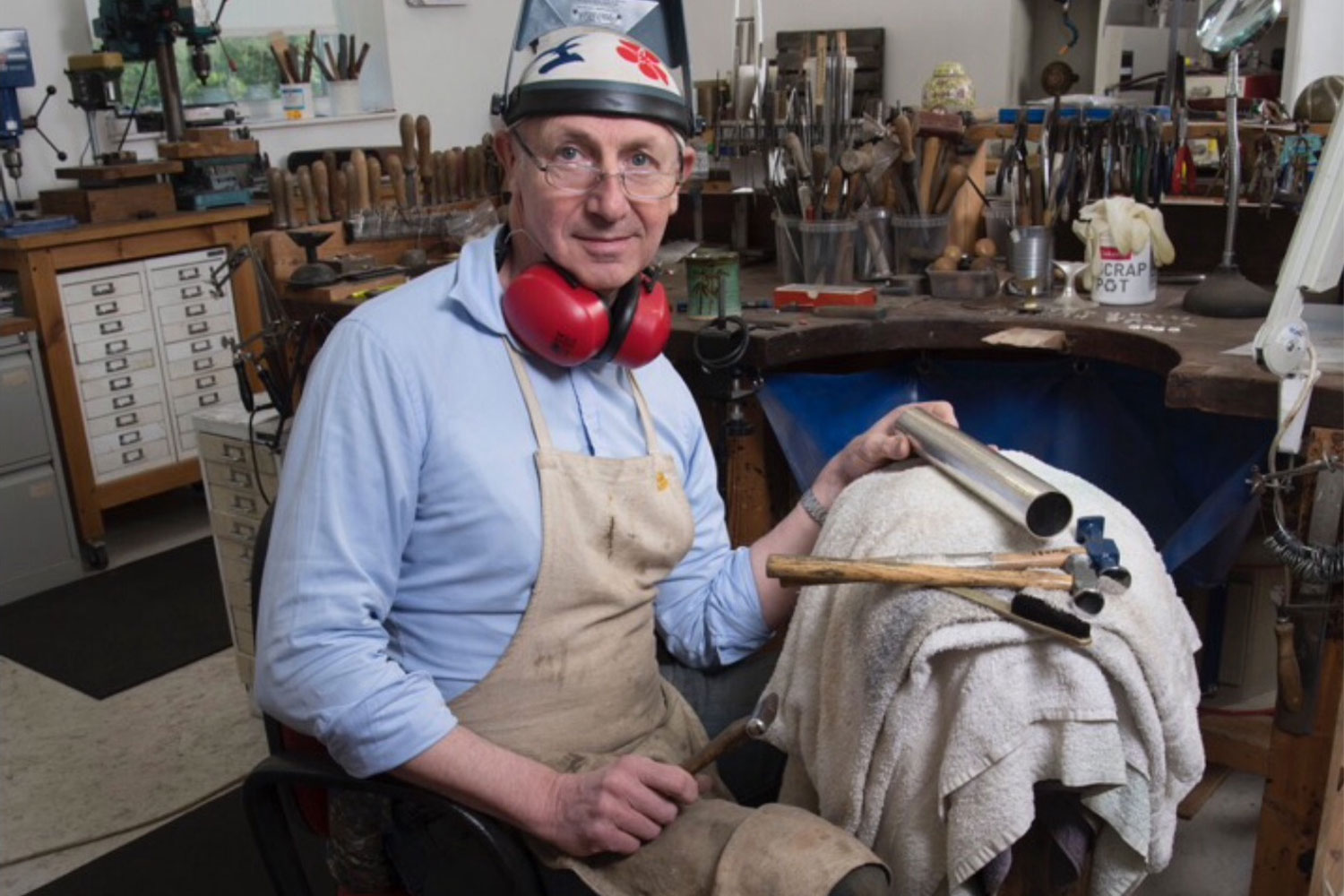 Wayne Meeten started his career in metalworking at the age of 16 renovating antique jewellery for 6 years, perfecting his skills throughout the U.K., Canada, Australia, and New Zealand. Upon his return, he enrolled at the Sir John Cass School of Art, where he became interested in the art form of Tai Chi Chuan. This was an epiphany that enhanced his designs and made them truly expressive. Wayne began to experiment with Japanese metalworking techniques, first from textbooks, and later directly from the finest craftspeople in Japan, where he was accepted at the Tokyo University of Fine Arts and Music.

After graduating with a Master’s degree with distinction, Wayne returned from Tokyo and the development of his style went hand-in-hand with great success; Wayne has won many national and international awards over the past 35 years. He established his studio workshop in London, which he later moved to the countryside of Devon, where he’s been working for the past 12 years.