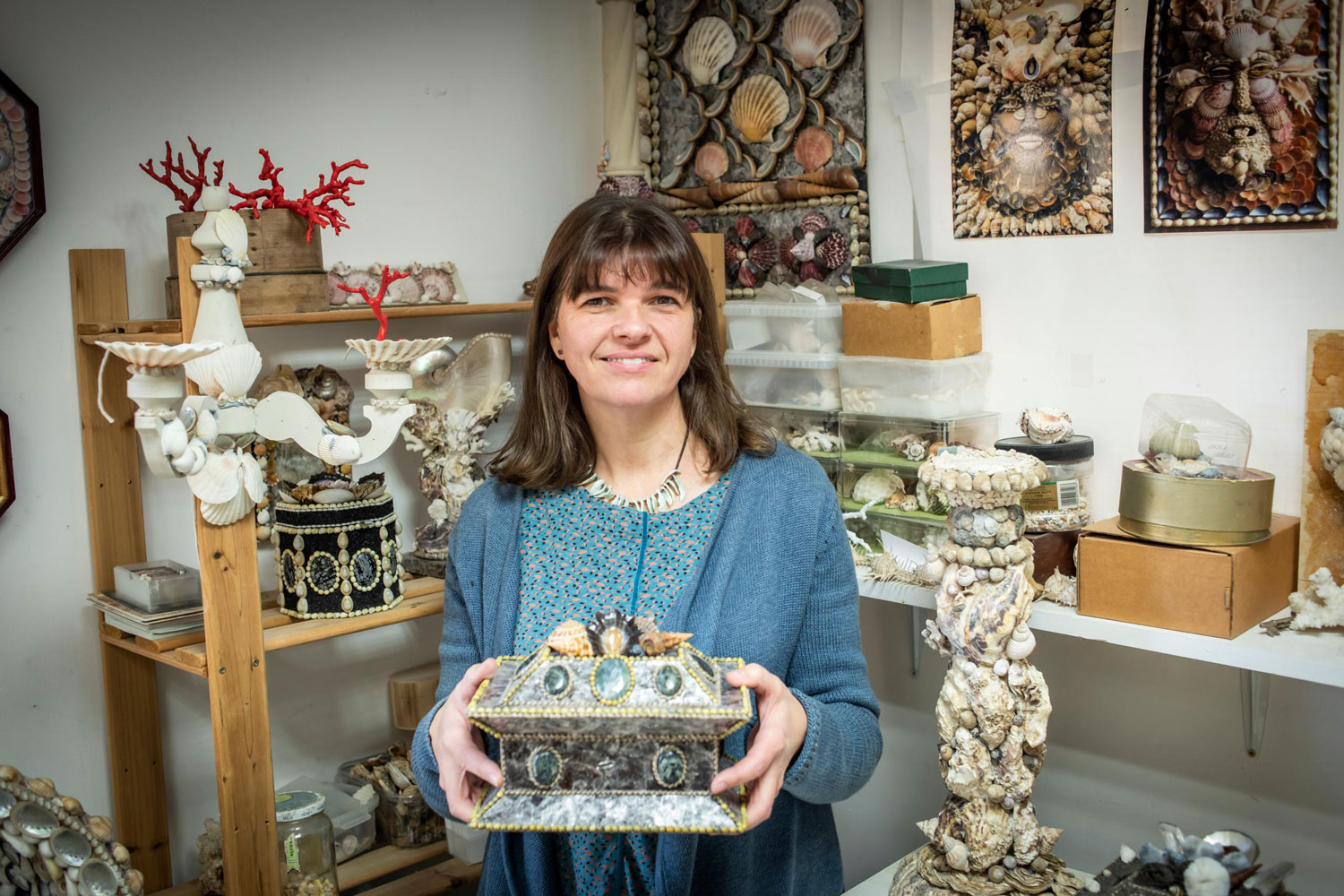 Tess Morley works with shells creating decorative panels and mirrors for interior design. She began collecting shells from an early age on the beaches in Suffolk - where she grew up with her parents, who were both artists - and started making shell boxes that were given as presents to friends. After studying fine art at Brighton, she returned to her passion of making shell-encrusted, three-dimensional objects. Tess made shell masks, to which the response was so encouraging she decided to turn her meticulous eye to other objects: obelisks, mirrors, caskets, nautilus shell-cups and chandeliers, sailors’ valentines and even humble salt cellars. Her work is internationally known and is highly prized in both America and Europe. Tess’s restoration of grottoes brought the attention of The National Trust and English Heritage.