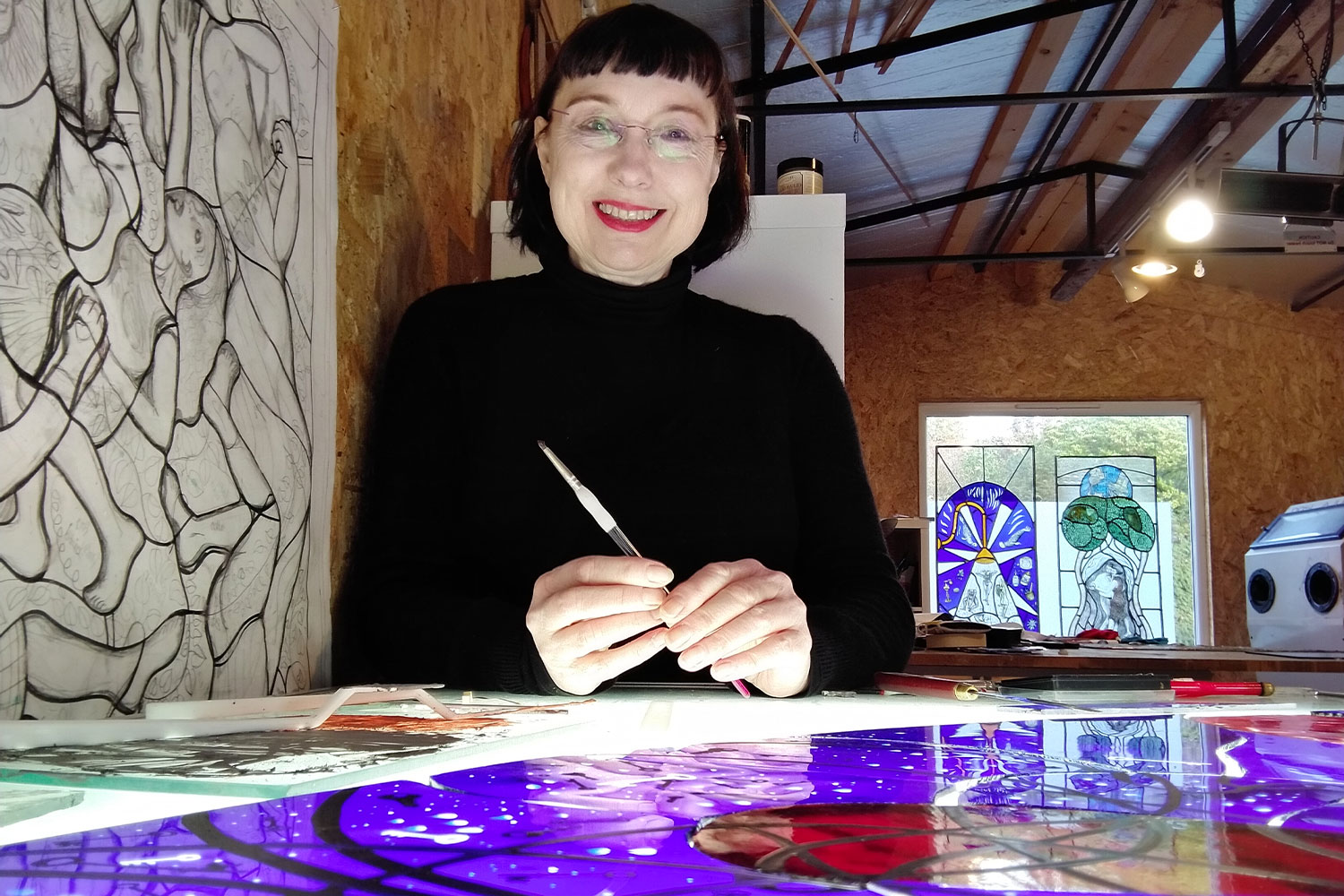 Pinkie Maclure found glass by chance; a friend needed help, she needed the money, and so she found herself in the studio. Initially she was frustrated by the lack of creativity, finding reproduction work somewhat meaningless. However, she was gripped by the storytelling power of medieval stained glass. She began teaching herself the skills needed to create her own work, but for her technique is only a means to an elicit end. She wants to reach people with her art, to  an emotional response, to provoke and inspire her viewer. Her work has been well received, being featured in the collection of the National Museum of Scotland and shortlisted for the John Ruskin Prize and Jerwood Makers.