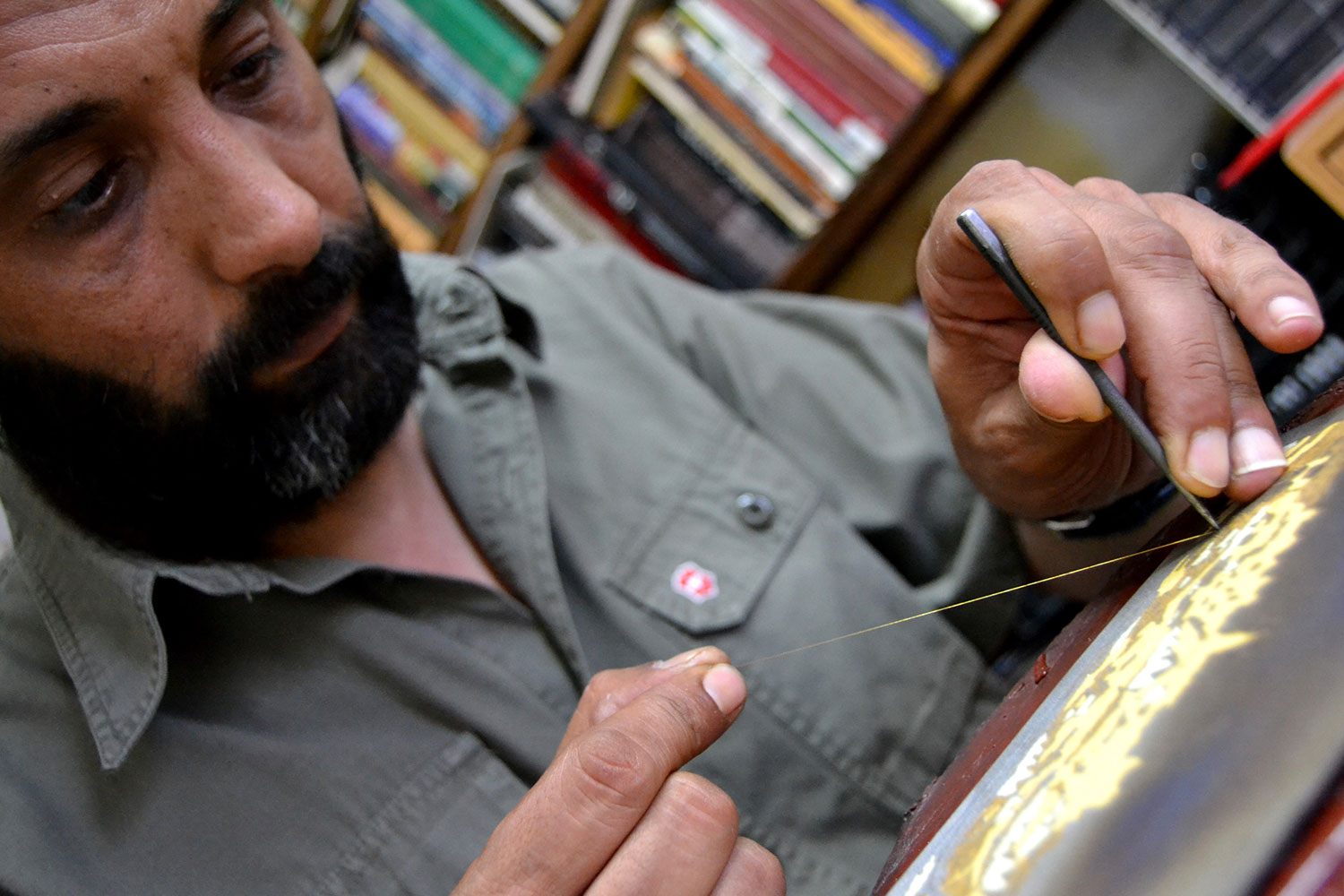 Óscar Martín Garrido is a master damascene artist from Toledo, Spain. Growing up, he spent time in the historic centre of Toledo, observing craftsmen at work. Óscar became particularly interested in the work of a local craftsman, Mariano San Félix, a master damascene artisan from Toledo, who would later become his teacher and one of the most influential people in his career.

He began his training in 1993 when he entered the Damascene course at the Casa de Oficios in Toledo. Soon after, he was accepted as an apprentice in the workshop of Master San Félix. After completing his academic training, Óscar embarked on his first business venture. In 2000, he founded Tres Culturas together with Mariano San Félix and Carlos María San Félix, with the aim of designing and producing his own products and giving specialised damascene courses.

In 2004, he began to take the first steps on his own, exhibiting and selling his own creations in Toledo galleries and shops.