The Venetian taste for Modern Art

Ca’ Pesaro is home to an important collection of 19th and 20th century artworks – enriched by a policy of long-term loans – including masterpieces by Klimt, Rodin, Kandinsky, Rosso, Balla, Sironi, Morandi, De Chirico, Carrà, Wildt, Mirò and a section of graphic art. Its layout, which has been recently redesigned, provides a thematic and chronological itinerary, which is both narrative and evocative. Its peculiar common thread is the Venetian taste for 20th century art. The second floor of the palace is dedicated to temporary exhibitions, while the third hosts the Museum of Oriental Art, included in the unified ticket.

Ca’ Pesaro, where historic Venice meets modern artCa’ Pesaro, a once magnificent palace, is now the splendid home to the International Gallery of Modern Art. It was built in the second half of the 17th century for the prominent Pesaro family, by the great architect Baldassarre Longhena (who also designed the church of La Salute and Ca’ Rezzonico). The building includes a courtyard, with its striking loggias and the splendid façade fronting onto the Grand Canal. At the end of the 19th century the palace became the property of Duchess Felicita Bevilacqua La Masa, who bequeathed it to the city in 1898 as a Museum of Modern Art. In 1902, the municipal collection of Modern Art, which had been started in 1897 in conjunction with the second Venice Biennale, was moved here. Between 1908 and 1924, the palace hosted the historic Bevilacqua La Masa exhibitions. Nowadays, the Gallery houses 19th and 20th century collections of paintings and sculptures, including masterpieces by Klimt, Rodin, Rosso, Wildt, Balla, Sironi, Morandi, De Chirico, Carrà, Kandinsky, Mirò and Matta.

Present your Homo Faber ticket for a reduced price 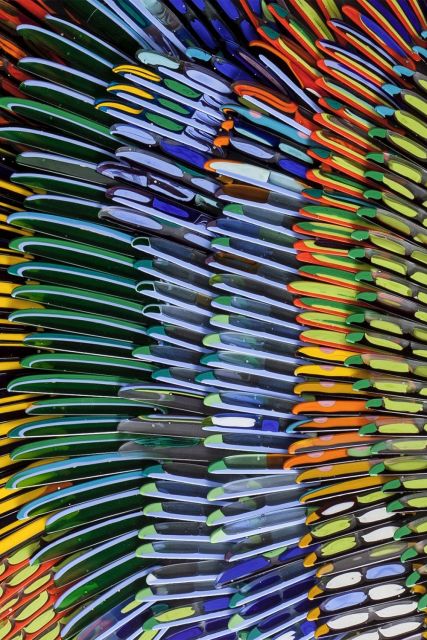 Artisan Visit the Vergombello goldsmithing workshop Laboratorio Vergombello Jewellery making
Organised by
Under the high patronage of
In partnership with
Ecosystem created with by bullerouge.com