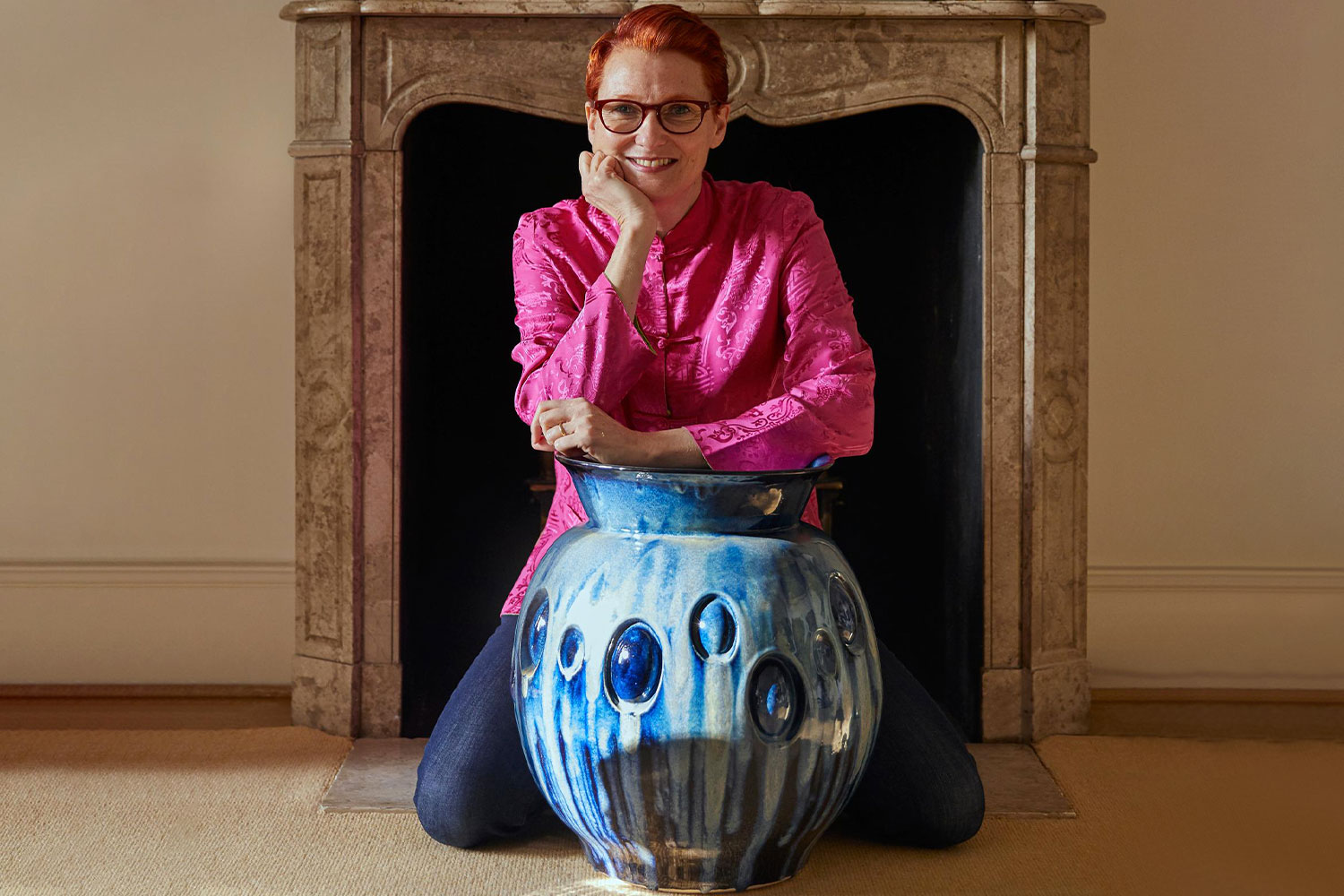 Violante Lodolo D’Oria is a London-based Italian ceramicist and artist. She studied in Paris and then New York, at Pratt Institute, where she graduated in Fine Arts, with a major in painting and a minor in ceramics. Before returning to the ceramic medium in 2010, Violante worked as a painter for a decade, developing an unusually refined sense of colour: her painting background is remarkable in her glazing technique and use of colour combinations. Violante is represented by MADEINBRITALY, and her work was last shown during London Craft Week 2021, at the Argentine Ambassador’s official residence. She has participated in several craft fairs and her work is on display at the Alexander Lamont + Miles showroom, situated at the Design Centre Chelsea Harbour (DCCH) in London - one of the world’s premier destinations for design and decoration excellence.

Violante creates one-off sculptural ceramics inspired by the great Italian baroque architecture. The prominent features of these vessels are the concave-convex spatial effects, the rhythmic distribution of mass and space, the richness in surface decoration and colour alongside an overall complexity of texture. Each piece is hand built using white stoneware clay and fired in oxidation at 1260 °C. Violante has developed a glazing technique that combines three or more matte and shiny glazes, which she drips and overlays achieving a stage where the colour has an impact on the texture and the texture exalts the colour itself.