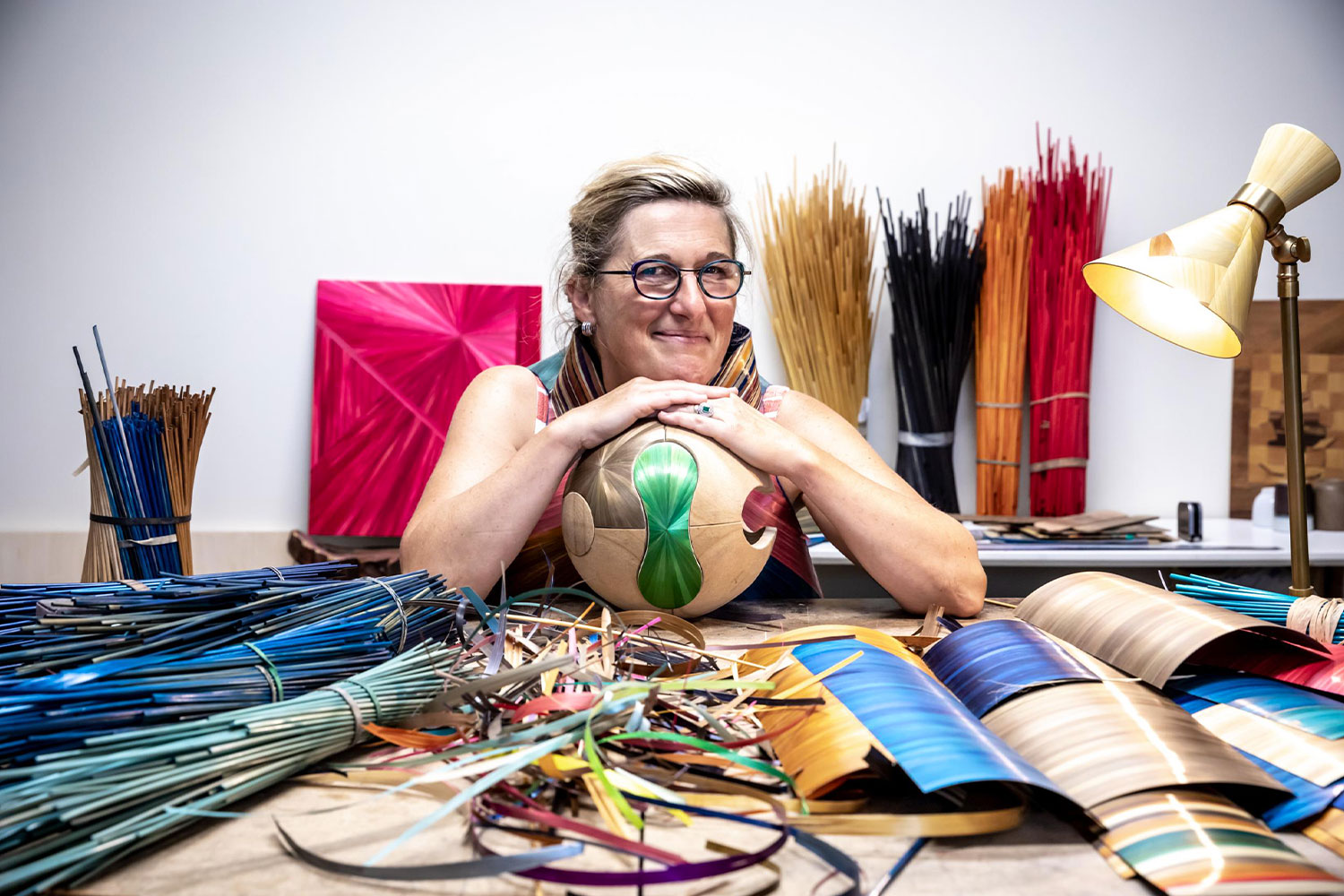 Valérie Colas des Francs works with straw marquetry. A practice that dates back to the 17th century and was revived during the Art Deco period when it was used for the creation of furniture. Valérie opened her studio in Nemours, France, in 2014 after working for 14 years with Lison de Caunes, a French master of art. Valérie has been exploring the different expressions of straw and technique for 20 years, learning and pushing the boundaries of the matter. She is attracted by the peculiarity of this material, which is rustic and simple, but can be transformed into sophisticated and modern pieces. Valérie is also inspired by its ability to disperse colours, as well as the colour variation which depends on the perspective of the viewer. Although Valérie makes furniture, she also tries to move away from the traditional methods of using marquetry, stepping into the worlds of fashion, jewellery, and visual arts.

At the age of 33 Valérie Colas des Francs decided she wanted to leave her career in marketing in order to work with her hands, but she was afraid she wouldn’t have enough patience for a manual profession. That proved to be the case when she took a course in stained glass. Then, determined to put her patience to the ultimate test, she decided to pursue an internship in straw marquetry, “because it’s meticulous, detailed work. I told myself if I am patient enough to work with this, I can change jobs”. When she first arrived to train at the workshop of French master Lison de Caunes, she “fell in love with straw” and knew instantly this was what she wanted to do. She stayed with de Caunes for 14 years before opening her own studio. 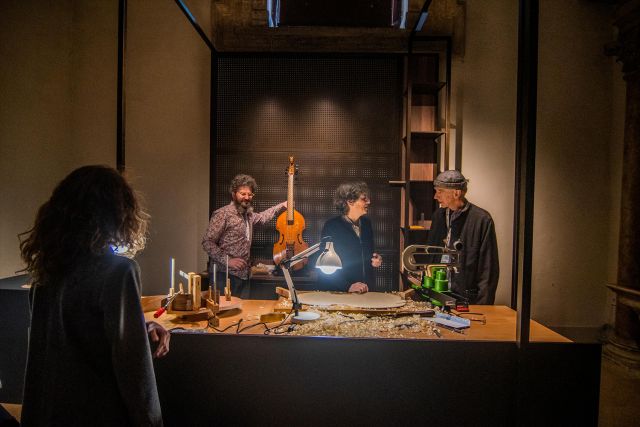