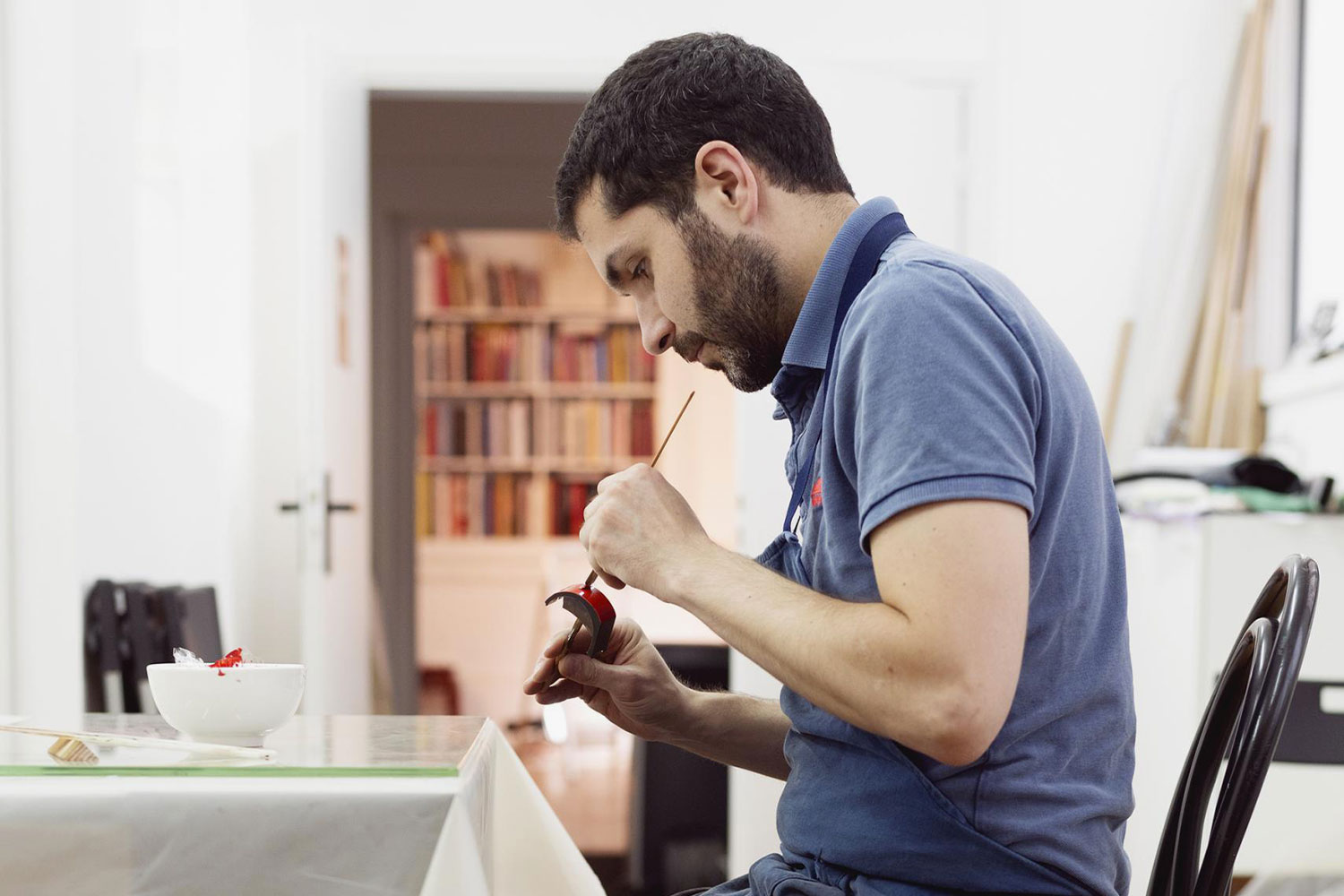 After obtaining a diploma in cabinetmaking from Ecole Boulle in Paris in 2001, Nicolas Pinon continued to work on traditional and contemporary finishing techniques. During his studies he attended a conference on Japanese lacquering and knew immediately that this was what he wanted to do. He took a few courses in Paris and in Barcelona, Spain. However, he knew that if he wanted to immerse himself fully in this technique he would need to go to Japan. So in 2007 he packed his bags and travelled to Japan where he would meet his future master, Nagatoshi Onishi, with whom he later trained for three months.