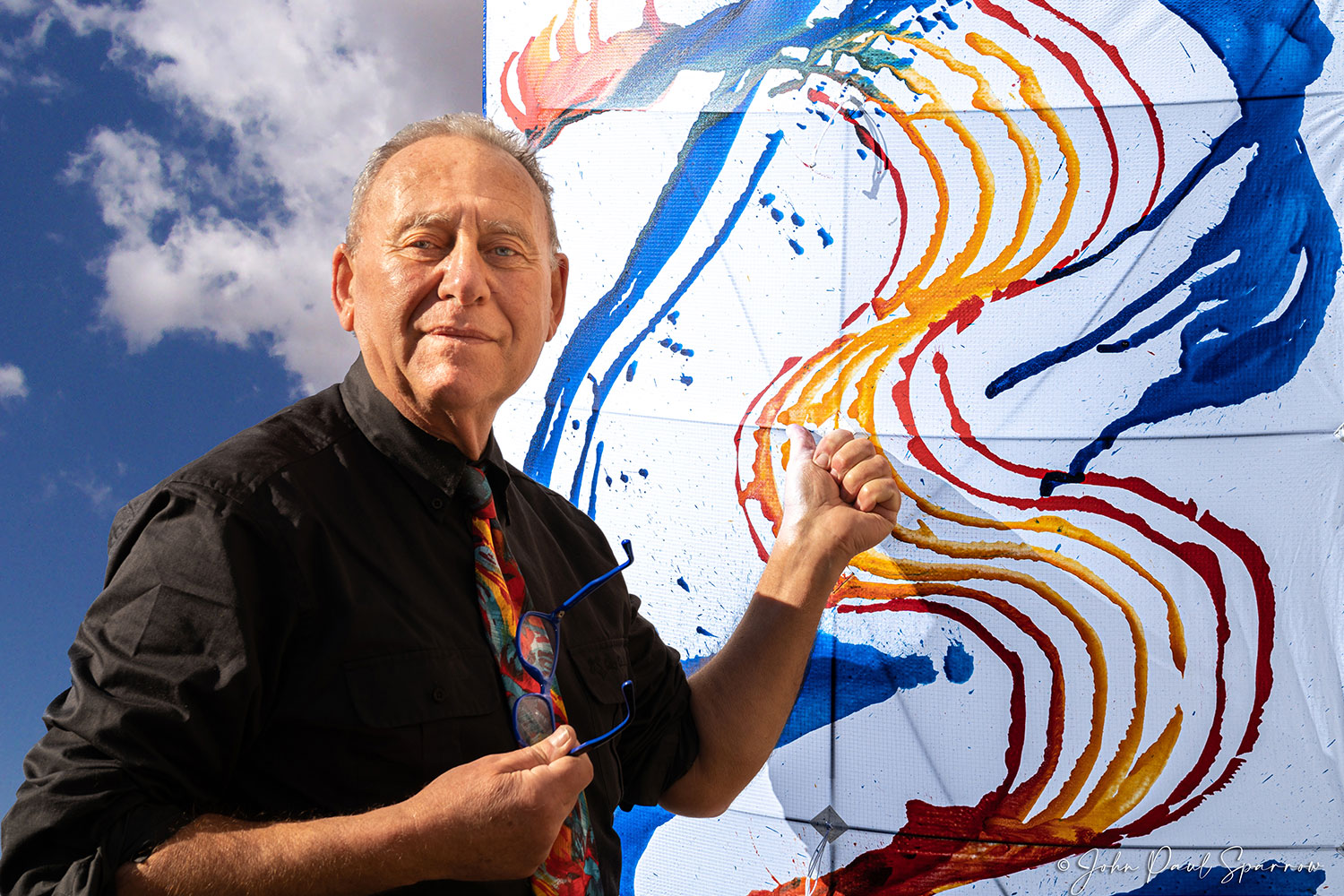 Born in Tours, Michel Gressier is a graduate of the Academy of the Fine Arts of Grenoble. He started as an engraver but it was in 1995 when he was so inspired by an exhibition that included Curt Asker, Falko Haase, Tal Streeter, Istvan Bodoczky and the granddaughter of Henri Matisse – Jackie Matisse. After turning to painting, Michel developed a fascination in producing new forms of kites and other items – ranging from large "Boules" flying on the beach at the Pinarella di Cervia Festival to the large flat kites.