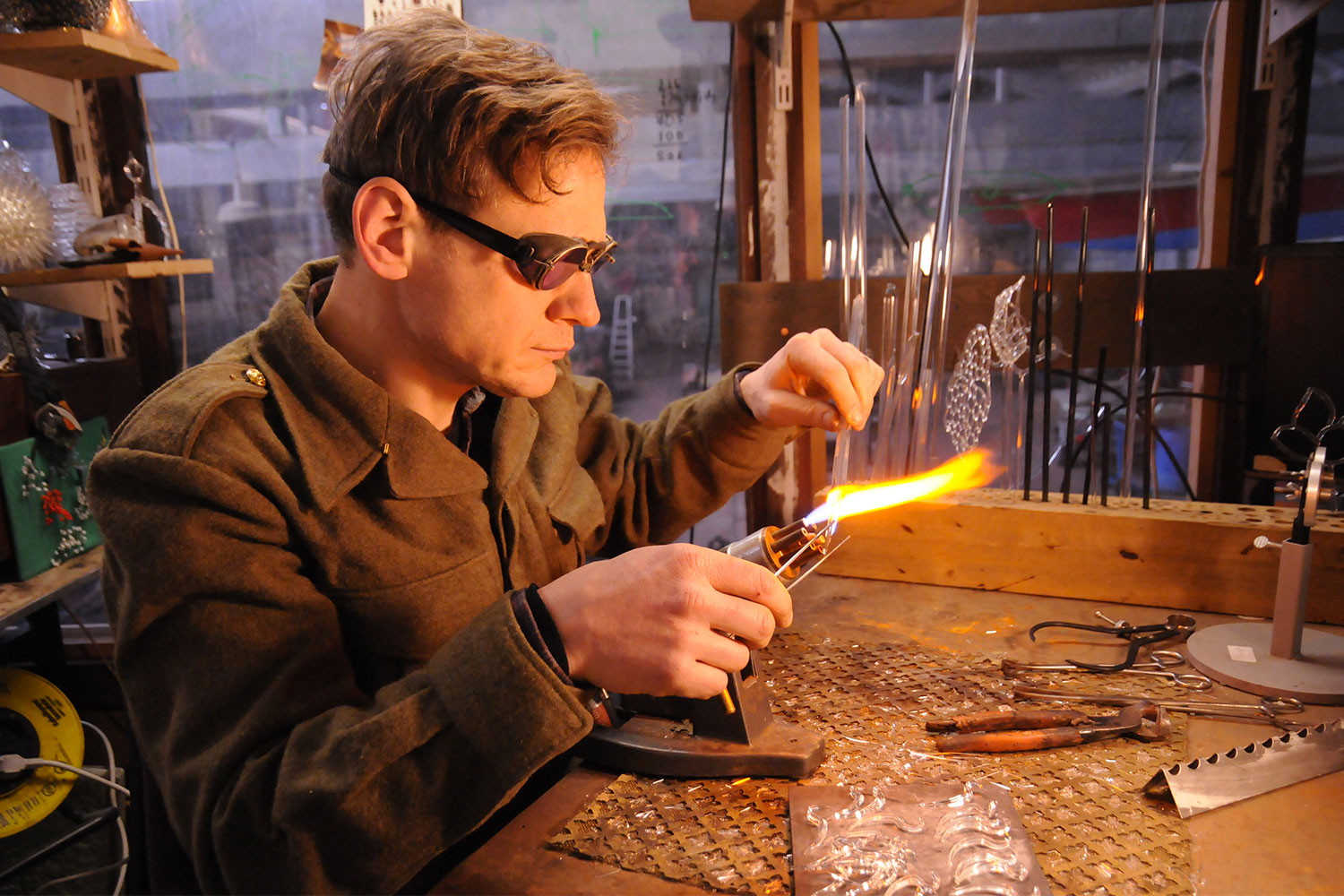 James Lethbridge initially chose to pursue a career in production ceramics and gained an in-depth knowledge of processes. It was in 2003 that James was lured to study glass. He was enthralled by the transparency and liquid nature of molten glass, allowing for a more experimental creative process. It was a life-changing moment, as this new medium became the artisan’s material of choice. In 2005 James applied to the Royal College of Art where he developed his range of glass skills and greatly increased his body of work. Since graduating, the artisan has developed a reputation for his unique artworks, creating one-off sculptural and lighting pieces. His glass works are marked by repetitions; they often incorporate a multitude of glass thorns, shards and tendrils. With an inventive approach to glassmaking, James’s pieces are instantly recognisable and highly sought-after.