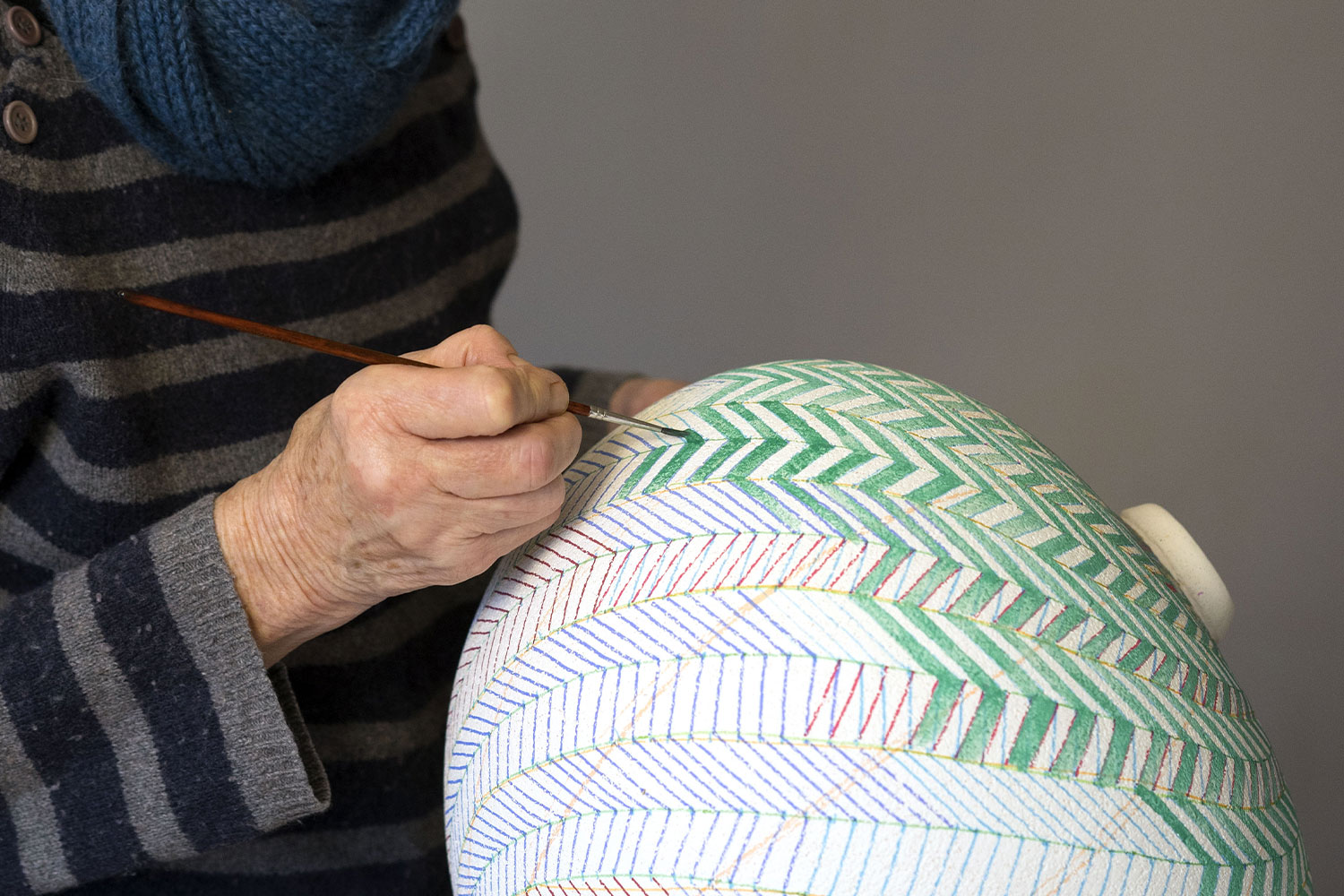 Czech ceramicist Ilona Sulikova, originally from Prague, moved to the UK to study at the University of York. After completing a studio ceramics course, she began a career as a potter, establishing a studio in York, where she produces her distinctive, round-bodied vessels. The bold forms are built using a coil technique that she developed while working with local potters in refugee camps in Sudan and Somalia. Ilona’s raku-fired vessels are decorated with intricate geometric patterns that repeat, expand and contract as they progress, communicating rhythm and movement as well as the lightness of form.