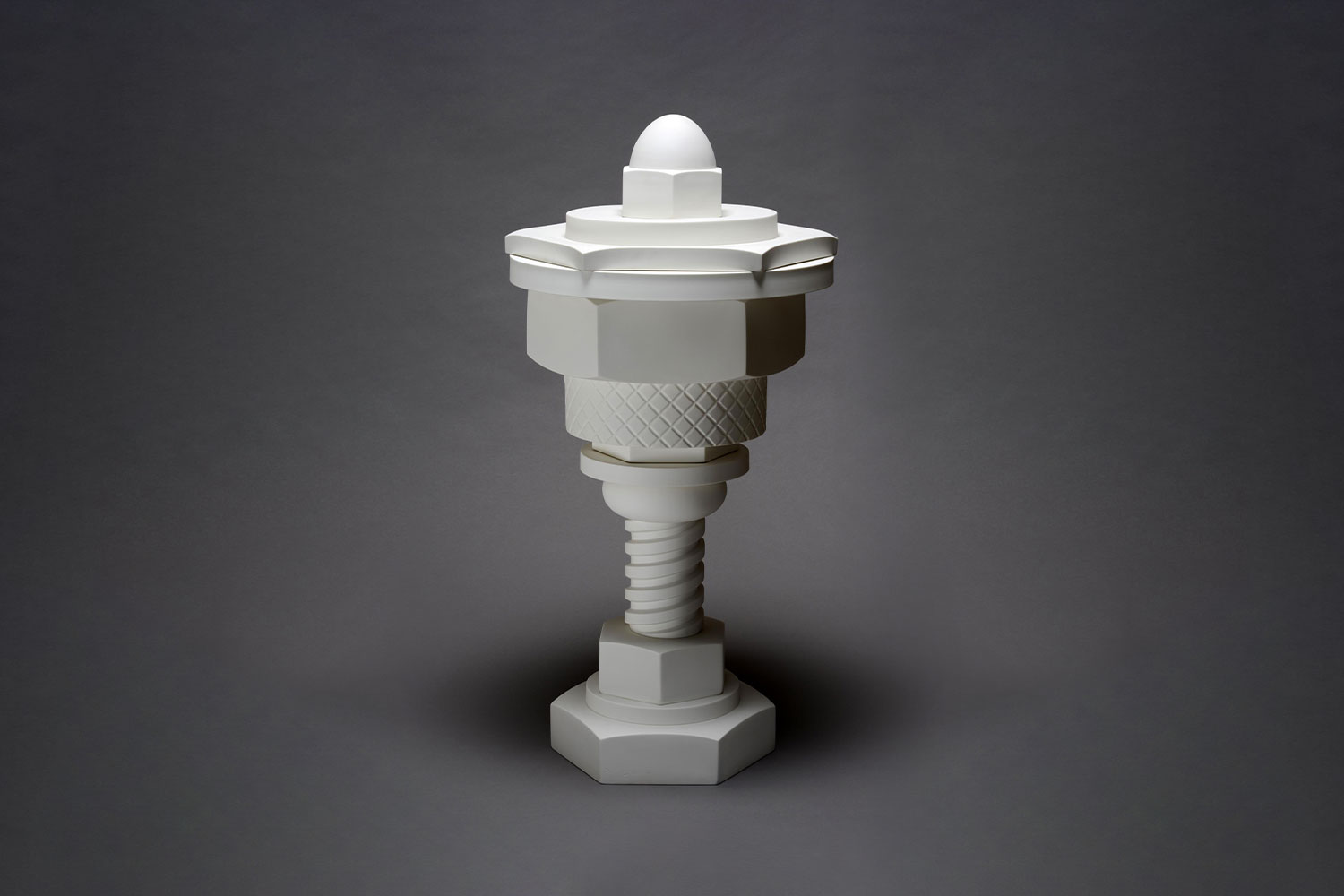 Écrous et Boulons (Nuts and Bolts) is a porcelain sculptural vase born from a collaboration between Pucci de Rossi and the Manufacture de Sèvres in 2012. The vase is a playful reinterpretation of the classical Medici vase, inspired by the craters found in Pompeii. This vase plays on the notion of function. Pucci de Rossi has appropriated and changed the function of nuts and bolts, themselves functional objects, to create a monumental vase with empty spaces found within the nuts. 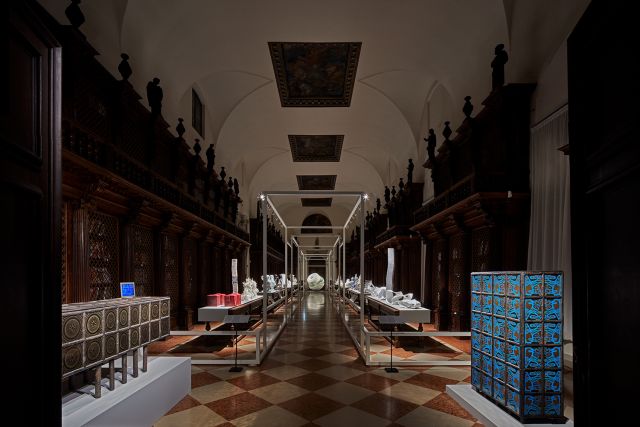