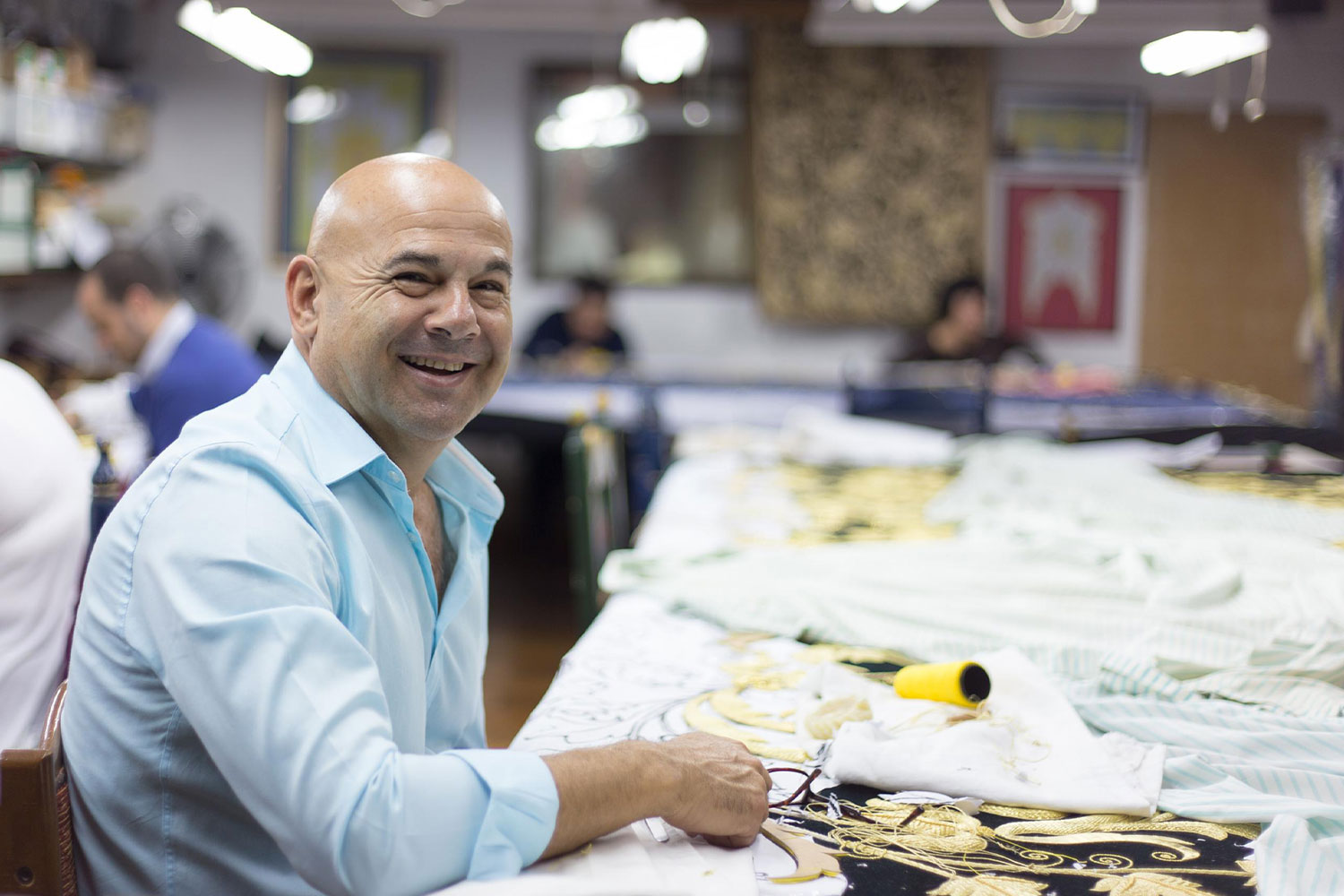 Francisco Carrera Iglesias grew up in the humble neighbourhood of Cerro del Águila, Seville. As a Catholic devoted to the patron saint of his neighbourhood, Nuestra Señora de los Dolores, he noticed during a service that the Virgin hardly ever changed her clothes, and it was then that he decided to embroider her some dresses. Since then, Paquili, as everyone calls him, has become a reference in the art of embroidery, both for religious and secular communities. The religious aspect of his work is mainly centred on respect for tradition and faith, as he creates trousseaux for the processions of brotherhoods in Seville, Andalusia and the rest of Spain. His non-religious work has included collaborations with institutions, bullfighters and various fashion houses over the years.

Every piece produced in Francisco Carrera Iglesias’s studio is made by hand, with no space made for contemporary machinery. Or, almost no space. The only piece of contemporary technology that Francisco allows in the workshop is the photocopying machine. The creative minds working in the studio sometimes use it to make copies of drawings previously drawn by hand. Recently, the workshop has focused exclusively on creating works on commission. The particularity of the workshop is grounded in its designs as well as its unique knowledge of age-old embroidery techniques.

Francisco Carrera Iglesias’s workshop initially dedicated itself exclusively to the creation of spiritual art. However, over recent years the workshop has expanded its horizon, without stopping its original vocation, to undertake collaborations with leading Sevillian designers Victorio & Lucchino as well as Loewe. The workshop, approximately 100 square metres, is divided into two parts: one dedicated to the conception as well as design, and the other dedicated to the detailed embroidery for which the studio is renowned. The Cardinal Archbishop of Seville blessed the workshop in 2007. 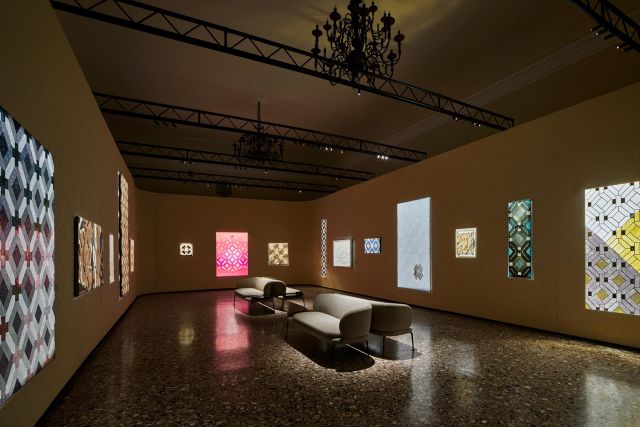