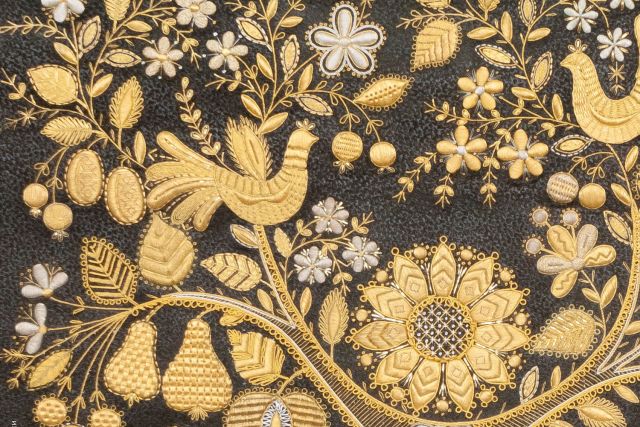 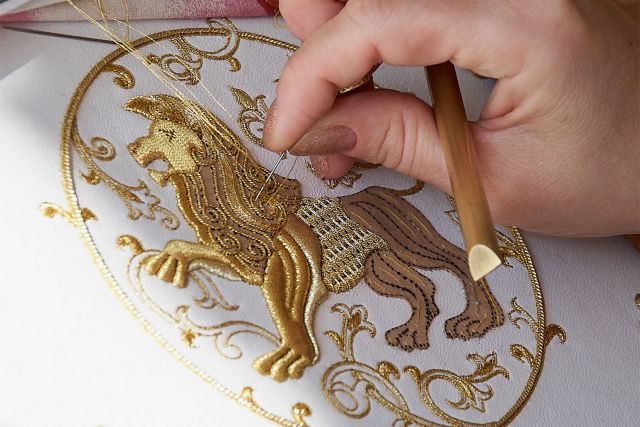 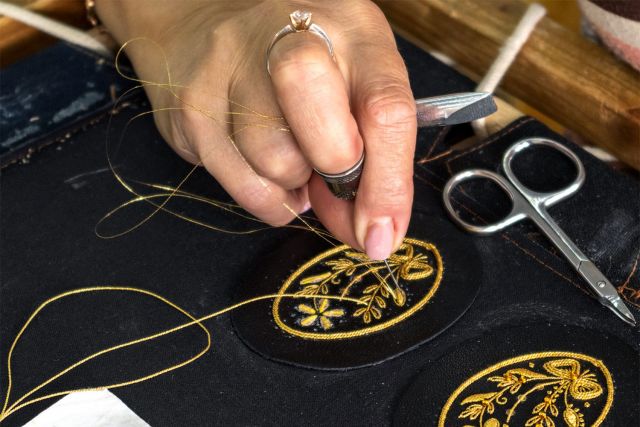 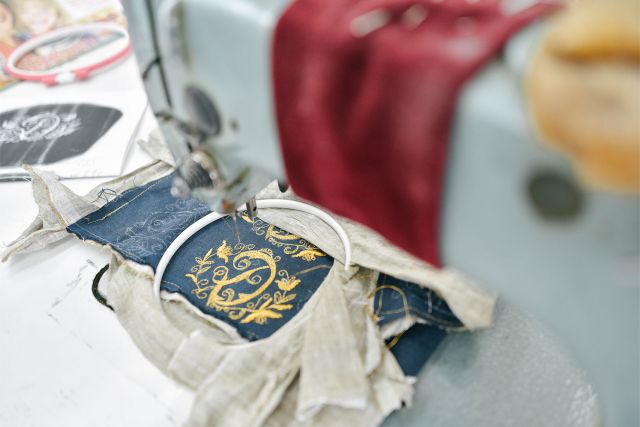 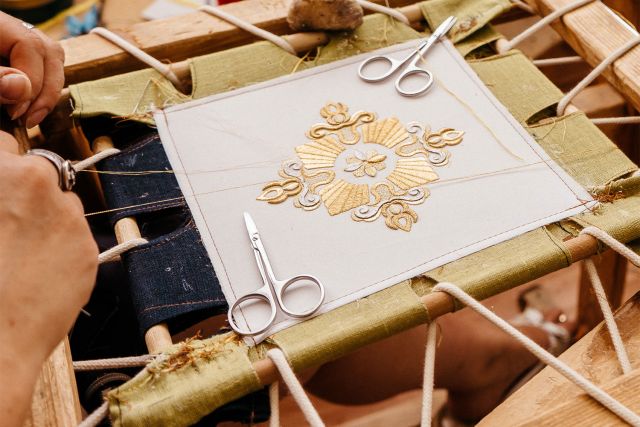 Goldwork embroidery is one of Russia’s most precious handicrafts. The oldest peices, discovered by the Russian archeologists during the 2010 expedition in Torzhok, date back to 1238. The craftsmen of Torzhok sold their art to noblemen, including the Romanov family. In particular, the Torzhok goldwork embroidery was seen at the coronation of Emperor Alexander III and Empress Maria Feodorovna. However, it wasn’t until 1894, when Torzhok resident Dmitry Romanov opened the goldwork workshops. Today the manufactorer employes around 300 craftsmen, who preserve the ancient tradition and use shiny threads containing 5-8 percent of gold to create embroidered paintings, brooches, scarves, belts, bags, headwear, ceremonial religious garments and even icons.

The signature patterns include a rose branch, decorated with curls and embellishments and the pattern of birds surrounded with colourful flowers. In the Soviet era the manufacturer catered to the needs of the military, making golden insignia for the Red Army, in addition to fashion items. These days many orders come from the Russian Orthodox Church. An embroidered painting of Moscow’s Cathedral of Christ the Saviour, was presented to the Pope Francis, in 2015.

You may also visit 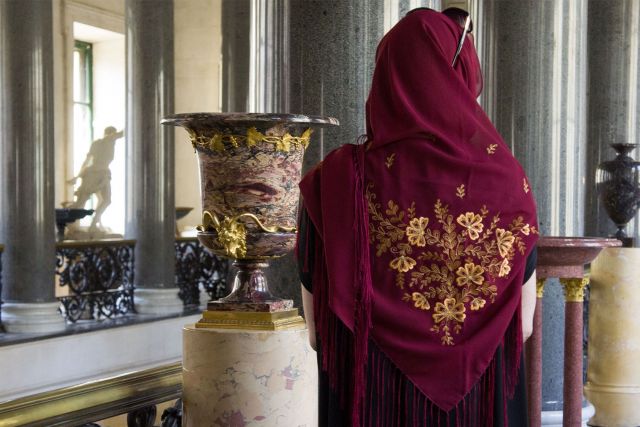 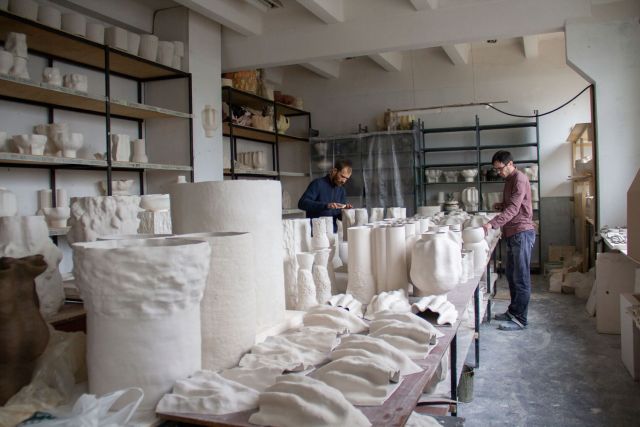 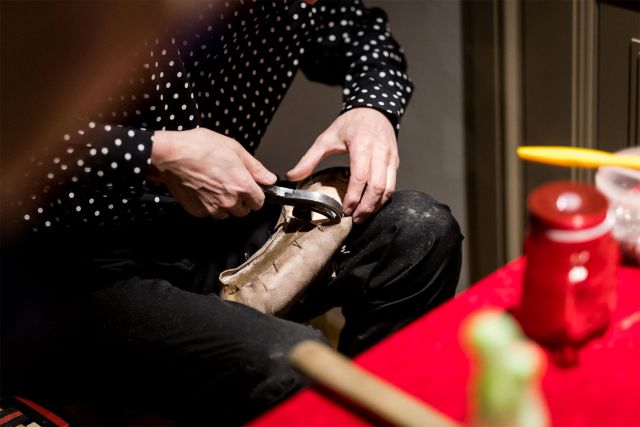 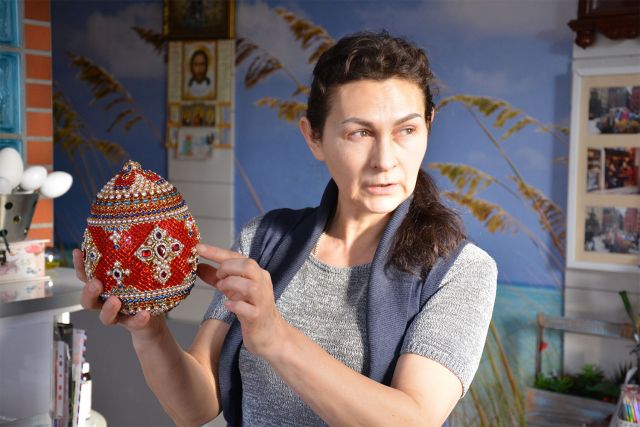