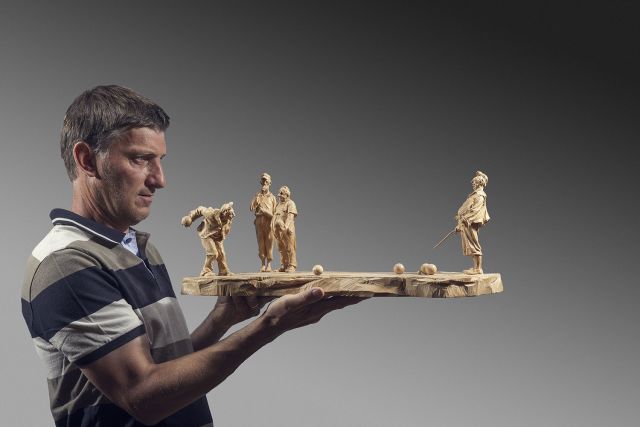 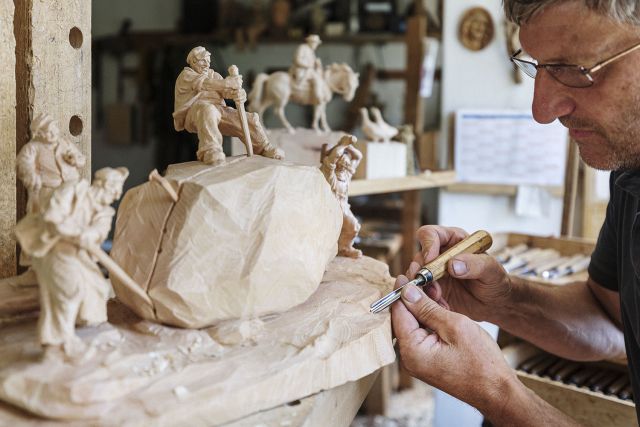 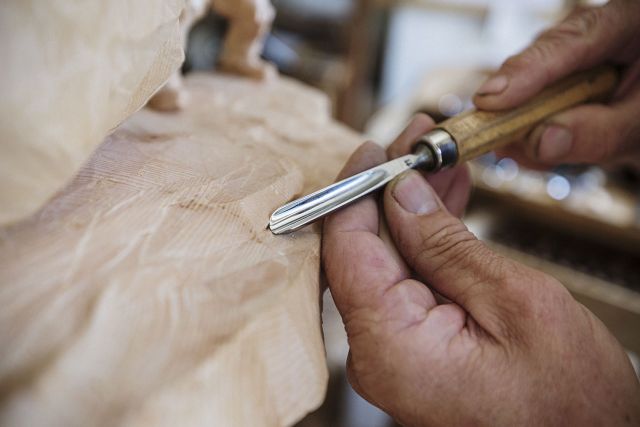 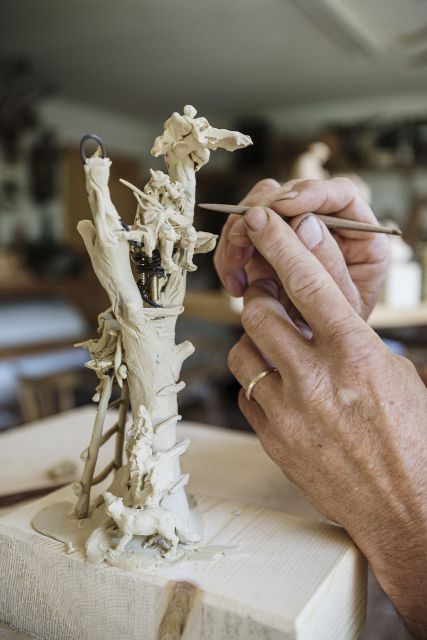 Georg Demetz Pilat was born in 1962 in a family deeply rooted in the arts: his great-grandfather and his father were both woodcarvers. He is continuing the hundred-year-old family tradition of wood carving. "I never thought about doing anything else, I’m so happy when I work in my bottega: woodcarving for me is almost a hobby." After attending the Art Institute of Ortisei, he had the possibility of learning the trade from different master sculptors. In 1987, he completed the qualification of "maestro scultore” and since then he has worked in his own workshop in Ortisei, a village surrounded by steep Dolomite peaks with truly impressive views. He appreciates every day the quality of life that this business guarantees him. "If you are your own boss, you make your own hours," he says.

Read the full interviewClose the interview
© Alexander Demetz
How long does it take to carve a sculpture?

It depends on the size of the object. It usually takes me about four to six weeks, for a medium sculpture with three figurines. But to construct, sculpt and refine a detailed crib – nativity scene – it could also take longer, up to three months.

Which kind of wood do you prefer?

I carve the Swiss pine, called “cirmolo”, it is the best wood for carving small objects. The tree grows in our mountains, between 1,500 and 1,900 metres altitude. It’s very scented: people say that smelling its scent will extend your life. This means that my life will be well over 100 years.

© Georg Demetz Pilat
Is your craft linked to the place where you live?

Absolutely. I live in Gardena Valley, in the south-eastern part of South Tyrol. Ortisei, my village, is known for crafts and unique sculpture works. In this area, woodcarving tradition has lasted for more than 300 years. In ancient times, the people here were both peasants and woodcarvers.

What was the most satisfying moment of your career?

Aged 25, I had to carve two big angels, with their huge wings, for a church. I worked harder than ever. My neighbour was a professor in the art school, so he recognised good woodcarving. He told his sons – who were artisans like me – to come and see my angels, because they were really beautiful.

Three Musicians in the Street

This piece is hand sculpted in swiss pine. It expresses Georg's love for music as it depicts a group of three musicians playing and singing in the streets, as happens in many cities all around the world.

This sculpture is hand carved in swiss pine telling the story of Luis and Sefa, two old people who really lived in Ortisei. Sefa lived alone, in a house at the edge of the forest. She had a strong connection with nature and her face was marked by the passage of time. Luis’s house, where he lived alone, was very close to her. He used to come to the village to buy bread and wine: he used to like wine very much!

Five Musicians in the Street

This hand carved sculpture is made out of swiss pine. It expresses Georg's love for music and depicts a group of three musicians playing and singing in the streets, as happens in many cities all around the world.

This hand carved crib in swiss pine took three years to achieve. It was made for church in Cremona. Due to its size, it was carved in three different blocks and assembled on-site to facilitate transportation.

This hand carved sculpture in swiss pine depicts Georg and his family playing bowls during their holiday in the Marche region, on the seaside. Georg gave specific and funny facial expressions to each character. 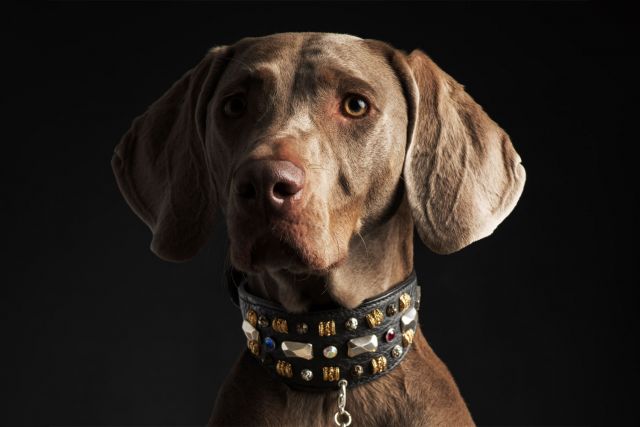 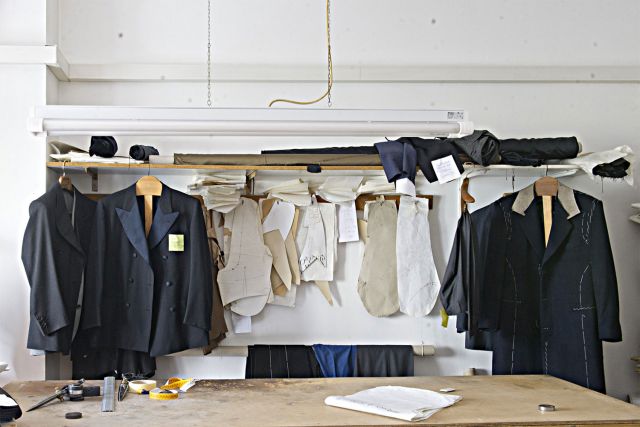 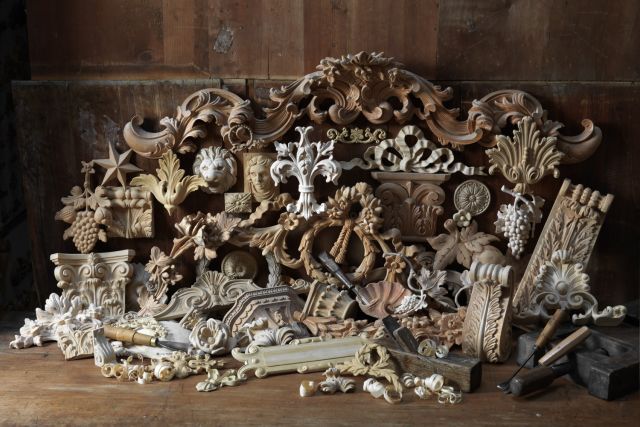