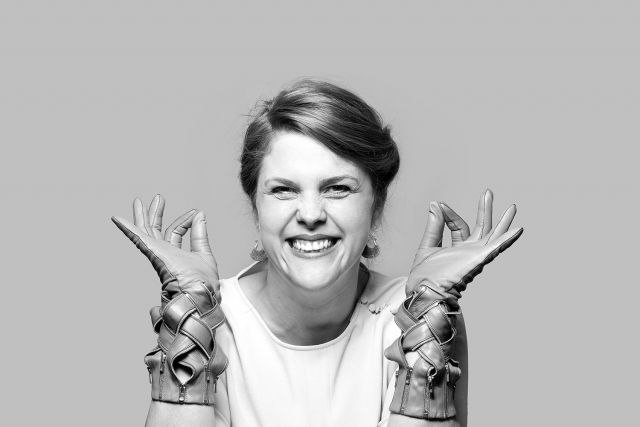 From engineering to haute couture

A photograph marked the turning point in Thomasine Barnekow’s life and career: it portrayed Michelle Lamy, wife and muse of designer Rick Owens, posing with some very impressive bracelets. “Those accessories struck me to the point that I started to imagine how I could convey that movement in a glove. That’s how my first prototype was born,” recounts the young artisan-designer in her brand new studio right next to the Louvre. Until then, Thomasine had only made gloves during a workshop at the Design Academy in Eindhoven, The Netherlands, where she decided to enrol after having spent a few months studying engineering, which she “immediately understood was not my way”.

Read the full interviewClose the interview
© Benjamin Taguemount
Why did you initially choose engineering?

I grew up in the Swedish countryside in a small village inhabited by very active, strong women. Some sewed, some embroidered; all had close interaction with nature. I took in everything, but I was more focused on maths than arts. That’s why I studied engineering, but I soon understood I couldn’t unleash my creativity in that.

After making that first prototype, you started working for important maisons.

The pivotal moment came in 2007, thanks to the support of Spanish designer Elisa Palomino, who was a juror in the Talent Support competition in Trieste. I first worked with Georges Morand, a master glove maker in Saint-Junien, then Agnelle and Maison Fabre, two other important Parisian institutions.

© Sophie Glover
Your haute couture creations are an ode to architecture...

And to nature, I would add. They are my main sources of inspiration. I observe the floral photos by Karl Blossfeldt or the works by Oscar Niemeyer and I start to draw. I always prefer to work with leather, although I like to mix it with more unconventional materials, such as vinyl, lace and innovative textiles.

Are gloves coming back in fashion?

Until ten years ago it was virtually impossible to find gloves in a fashion magazine. In the 1980s and 90s they were swept aside by bags and shoes. Today there is a revival of the craft of the glove maker, and the attention that the press devotes to my creations fills me with pride.

This limited edition of perfumed gloves was exhibited at Le Grand Musée du Parfum in Paris. The gloves were created using an ancient French tanning technique in which colour and scent are simultaneously infused into the lambskin leather so that the scent remains for as long as possible.

This visual concept features gloves from Thomasine’s PARIS collection in the form of a bouquet of flowers held in the tips of the wearers’ fingers. With its trademarked decorative spiral fan cuff design, the PARIS glove is one of the most iconic models from Thomasine’s collection.

This couture hand corsage was designed in the shape of a shell and based on Thomasine’s iconic PARIS glove collection. Sculpted and handmade in leather, the gloves treat the exotic components as a precious jewel.

These couture gloves were sculpted from grey knitwear and lamb suede. They are the fruit of a collaboration between Thomasine and Parisian knitwear artist Cécile Feilchenfeldt. 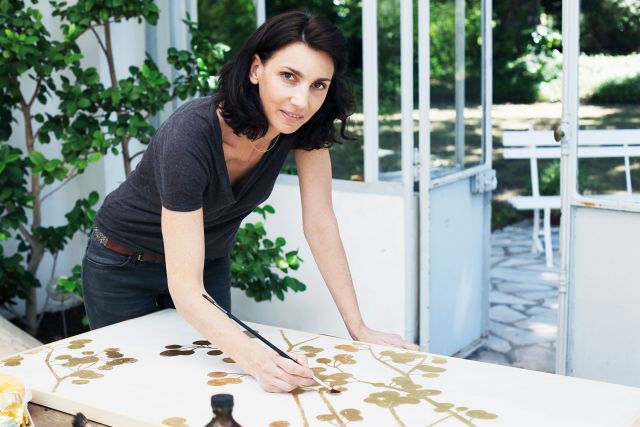 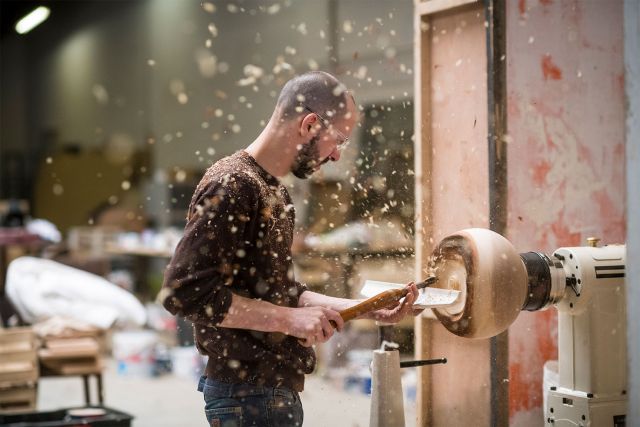 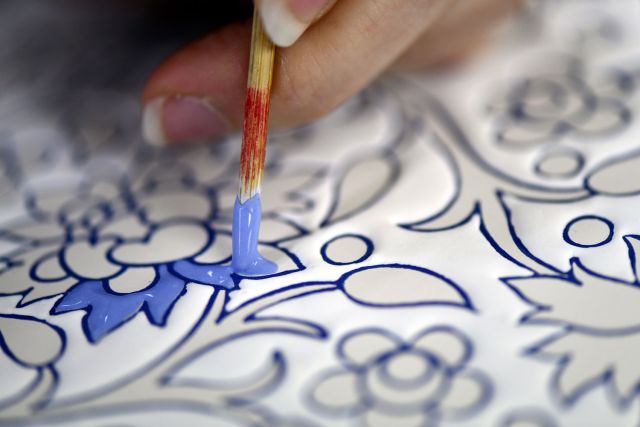