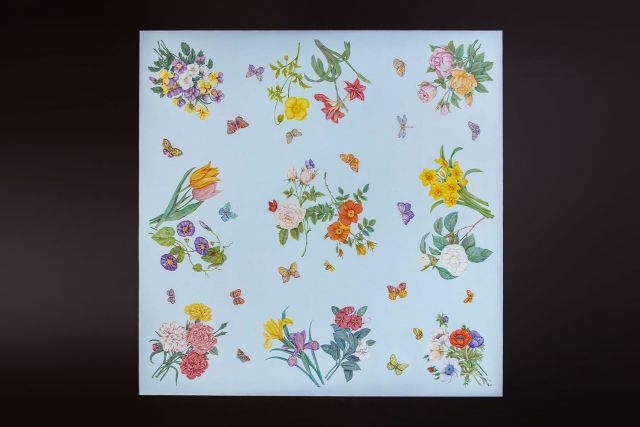 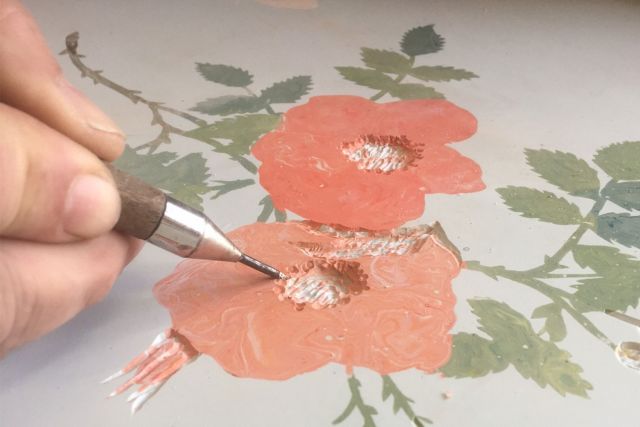 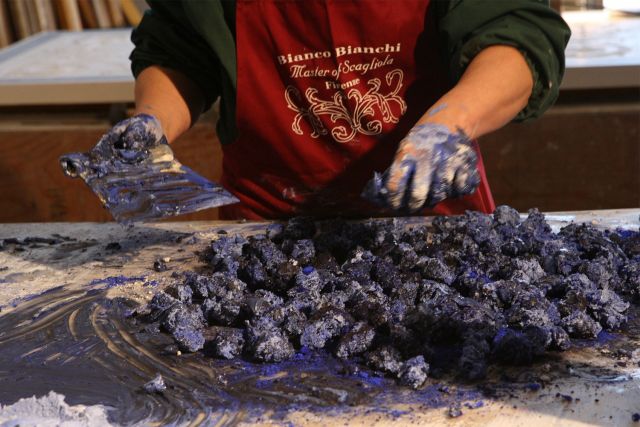 Scagliola developed as a more economic alternative to hard-stone mosaic. It was originally produced in the Tuscan-Emilian Apennines, which were naturally rich in selenite crystals, from which the plaster used in this technique was obtained. Thanks to the Medici family, scagliola became a successful artistic medium at the beginning of the 18th century, although the fashion died out fast: in the mid 18th century, workshops started to shut down and shops selling scagliola soon disappeared. Bianco Bianchi revived this tradition after World War II, and his children Elisabetta and Alessandro continue it to the present day.

Read the full interviewClose the interview
© Alessandro & Elisabetta Bianchi
Why did your father decide to pick up this craft?

He was struck by the scagliola technique while visiting the Vallombrosa monastery of Regello, close to Florence. He was working as a clerk, but in his free time he liked to dedicate himself to art. He started studying and with the help of our mother he began to create his first scagliola works.

When did the passion take over?

In 1965 he left his job and opened a workshop in central Florence. The following year, the city was hit by the great flood and he lost everything. Instead of giving up, he rolled up his sleeves and reopened his workshop elsewhere, continuing to collect antique pieces, which we now exhibit in our museum.

Alessandro: it can be difficult, but also very stimulating. We disagree on everything, we argue for hours trying to align Elisabetta’s artistic demands (she is involved in the creative side of the business) with the limits of the technique. Unfortunately, not every idea can be transformed into an object.

How did your collaboration with Gianni Versace develop?

Versace asked us to create a number of scagliola items to furnish all his houses, from Villa Fontanelle on Lake Como to Casa Casuarina in Miami. Among the many pieces we produced, one of the most remarkable is a big table with an enormous Medusa’s head.

This tabletop was commissioned and created following Prince and Princess Michael of Kent’s visit to the Bianco Bianchi workshop. Scagliola is a composite substance made from selenite, glue and natural pigments and used to imitate inlays in marble and semi-precious stones. The table, engraved with a family crest, is now part of the permanent collections in Kensington Palace, London.

This tabletop, made using the scagliola technique, was inspired by Gucci’s famous Flora scarf print. Scagliola is a composite substance made from selenite, glue and natural pigments and used to imitate inlays in marble and semi-precious stones. The work was purchased by the Museum of Natural Science in Houston, Texas in 2018 and is displayed as a panel in its collection.

This blue scagliola tabletop was inspired by a scarf design from a Versace collection. Scagliola is a composite substance made from selenite, glue and natural pigments and used to imitate inlays in marble and semi-precious stones. The peculiarity of the richly inlaid work is the silver leaf detail in the design, making the surface bright and iridescent.

The design of this scagliola tabletop was inspired by the decorative motifs on a table displayed in the Tribuna of the Uffizi Palace. Scagliola is a composite substance made from selenite, glue and natural pigments and used to imitate inlays in marble and semi-precious stones. The original table was made in the 17th century in the Grand Ducal workshops and is reinterpreted here with some additional details and colours.

The panel of this gilded bronze box is decorated with a green and white scagliola inlay of lilies and leaves. Scagliola is a composite substance made from selenite, glue and natural pigments and used to imitate inlays in marble and semi-precious stones. The box is part of a Luxury Collection that includes other finely crafted boxes. 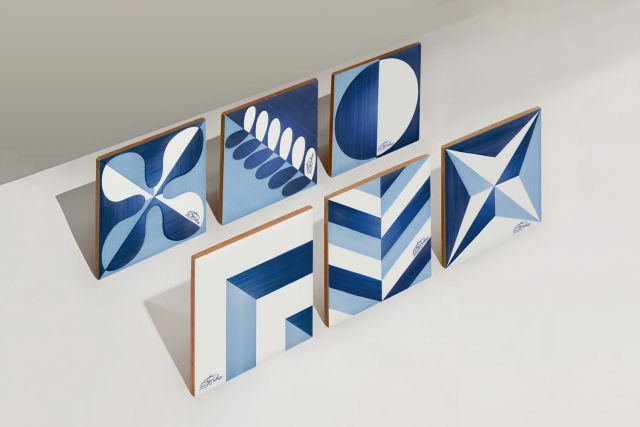 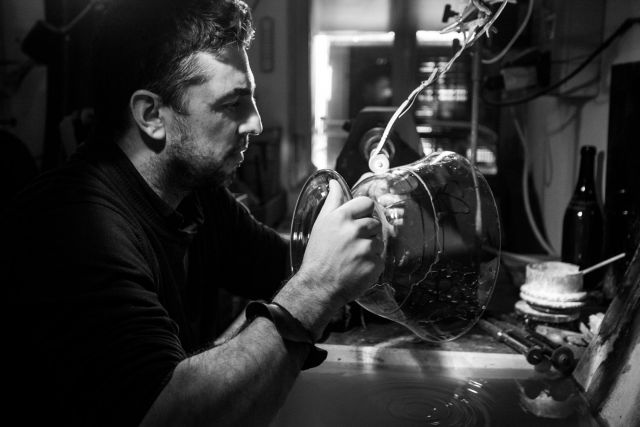 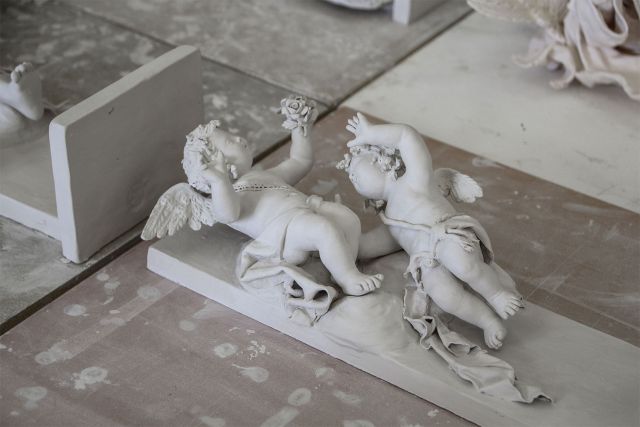